We live in a world surrounded by technology and electronic gadgets. A big portion of the society owns more than one electronic devices. As these devices do not possess magical powers, they need to be charged to keep being able of performing their functions. The more the devices you own, the more number of chargers you need. Managing that much of different kinds of wires can be a headache. You might even run out of plugs to charge the devices if you need to charge them at the same time. This problem has a solution in form of charging hubs. Out of a big list of charging hubs, the new HyperDrive Gen2 tries to take cake.

The USB C ports have a capacity of a power delivery of 100W. They not only charge a device faster but also don’t decrease the charging speed even when multiple devices are getting charged simultaneously. 100W capacity means they can even charge laptops and mac books.

The high speed HDMI ports are capable of displaying a 4K picture with a 60hz refresh rate.

HyperDrive Gen2 is compatible with all kind of devices that feature a USB Type C. Be it a MacBook, an iPad or a smartphone, if it has a Type C USB, the HyperDrive can charge it. All the versions come with a sufficiently long cable.

HyperDrive Gen2 has minimalist look. It is all about the looks and does nothing for the aesthetic factor which does not take anything away from it either. It has a metallic exterior which gives it both a solid look and feel. The ridges on its top that are designed for maximum heat dissipation so that the hub does not heat up. All three versions look just the same and vary only in the height and weight. 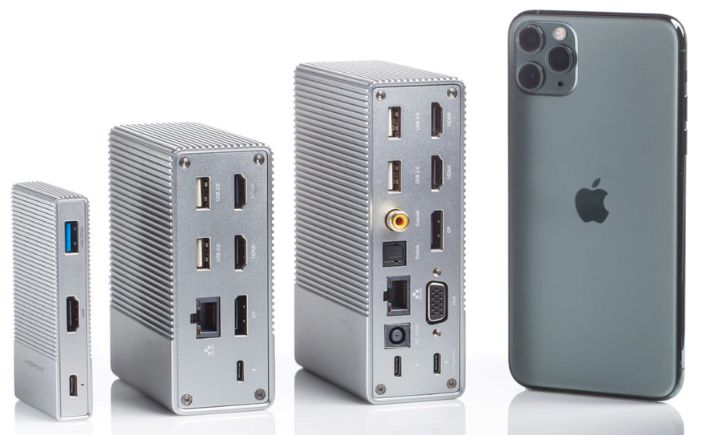 HyperDrive Gen2 is one of the best power hubs to ever exist. It justifies the Gen2 part of its name with its great improvements over the power hubs of previous generation. While having the 18-port and 12-port versions eliminate the need of buying any extra cable, the 6-port version is perfect enough for regular use on its own too.